Crypto! You’ve heard of it, right? It’s a hot topic and many, many people are talking about, posting about it and living large by it. It’s easy to be influenced and jump on the bandwagon, but that doesn’t mean you shouldn’t do your research.

Hold up! I’m not here to guide you on how to invest in Crypto — I’ll let you have fun with that yourself. What I would like to highlight are some things to be aware of when choosing to put your money into cryptocurrency, as too often I am seeing people jump in headfirst with next to little understanding of what they are doing.

If you don’t know what volatility is, please do your research. If you don’t know what it means when it comes to investments, please do your research, because crypto is highly volatile and this means it is not to be toyed around with, nor for the faint-hearted. Generally speaking, higher volatility means greater risk, but remember that this doesn’t make it a bad thing; volatility is natural and can be healthy for your investments.

In the markets, volatility can be seen with big swings in either direction of an asset’s value. If you believe any investment you make is always going to keep gaining day after day, you may need to have a rethink your expectations; that said, these swings are dependent on the asset you are invested in, and with crypto, volatility is higher. This is arguably due to crypto being in a league of its own against more traditional investments: limited supply, decentralised network, and that it is relatively “new”.

You can see on the graph below how Bitcoin (and ETH) have had larger swings than that of the S&P 500. The daily news and hot topics have a huge influence on investments, and cryptocurrency is no different. It’s likely that most new investors to crypto have only done so because they’ve seen it spoken about by their friends, seen it on the news and thought they should be jumping on the bandwagon. Again, I’m not saying that’s a bad thing, unless you are heading in blind. But if you are just as easily influenced by shock news and drops in price causing you to panic, I would – once again – reassess how you go about investing in cryptocurrency, let alone investments in general.

I mean, we see the crypto market affected by Elon Musk’s tweets alone! One of his tweets moved the price up by nearly 10%, then down by 15% another time. His influence alone has proved hugely influential on retail investors in cryptocurrency, which evidences how susceptible and sensitive investing in crypto can be.

Musk’s tweets, while not necessarily posted for his own financial gain, can greatly affect investors in cryptocurrency. They also raise questions about the solidity of a market that can be so easily swayed, especially as retail investors increasingly flock to cryptocurrencies. 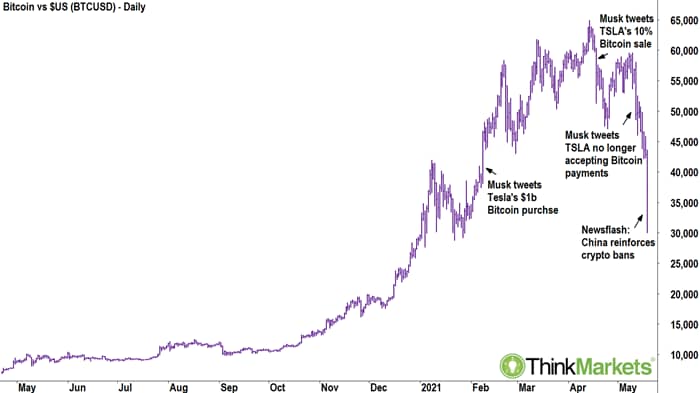 “FOMO (Fear Of Missing Out)”

Most new crypto investors I have spoken with have joined the wave simply because they believed they were missing out — a classic case of FOMO and, hey, no judgements here as I get envious of not being invited to the pub. The problem is, you are playing with your money; if you’re throwing money into something you don’t really understand, you’re basically gambling. That said, investing is in itself a “gamble”, even with intensive research and years of experience — investments are never guaranteed and it’s always about risk & return.

“The fear of missing out is a powerful force in all markets, but is especially potent in a field where there’s no such thing as fundamental value. Crypto fans often cite FOMO as one of the reasons investors might buy cryptocurrencies when they’re in the midst of a rally.”

Then again, it shouldn’t shy you away from investing, whether in crypto or not, but remember that crypt is a volatile ball game; if your curiosity and FOMO urge you to participate, be sure to do your homework before throwing in a stash of cash! Losing money isn’t “nice”, but with investments, it doesn’t mean you’re failing with the right timeframe and strategy, but you should know why that is so.

Which, for your average investor, leads me on to…

A fun acronym now associated with the meaning “Hold On for Dear Life” that originated from a drunken typo for “hold”.

Bitcoin/crypto is — let me hear you say it again — volatile. It has shown huge swings in prices and led to many panicked investors pulling their investments in fear when things look “bad”. But “HODLing” through the volatility really is best if you are in this for the long game; if your livelihood is not by active trading and playing the stock market game, then most likely you can simply benefit from buying and holding (on for dear life). In fact, for investors saving for the medium- to long-term, a buy-and-hold strategy is a simple and effective method for most savings and investments portfolios.

So, by all means, get yourself on the crypto train, but make sure you know when to HODL if you want to ride out the volatility. Even better if you don’t have…

This refers to investors, largely new or inexperienced, who fall victim to their emotions rather than relying on logic, often swayed by fear and panic, resulting in a loss on their investment by selling out when they shouldn’t, entering at inappropriate times and don’t hold assets for very long; that game is tricky at best, even for seasoned professionals, chasing high risk, high return through active trading and risker strategy.

“This phrase is used to describe cryptocurrency newbies who, instead of hodling, nervously panic-sell their coins in response to market jitters or negative headlines that wouldn’t faze experienced traders. Some weak hands bail out of Bitcoin in favor of so-called alt coins, cryptocurrencies other than Bitcoin.”

The quote above also mentions the numerous facets of cryptocurrency, beyond just Bitcoin; what it highlights is that those with “weak hands” may look to “jump ship” when their current investment isn’t positive. This strategy doesn’t work favourably for most investment strategies; investors who sell out prematurely often lose out on subsequent gains made after a dip, as they then scramble to re-enter the market when it is expensive to do so. It’s best to “HODL”.

In short, if you’re a newbie, don’t have “weak hands”. It is imperative you learn to handle your emotions when it comes to any type of investing and to do your own research, rather than give in to fear (or greed), and seek advice from experience, not your mate at the pub who overheard it down the pub. 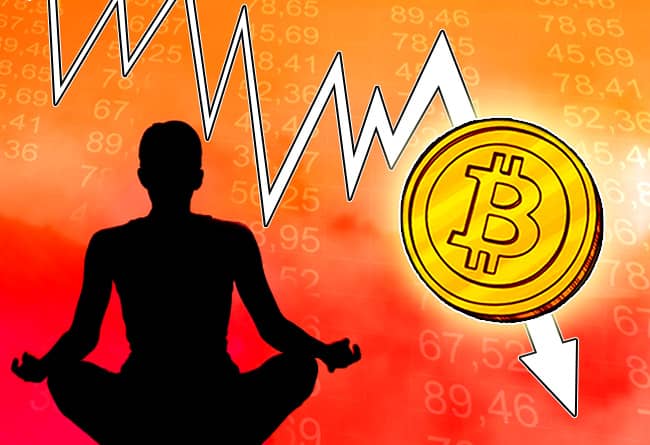 All-in-all, my approach to Crypto is largely the same as my approach to traditional investing; the notable difference to me is that in its stage of life, this kind of investing is much more volatile and uncertain in comparison, so that must be kept in mind.

For the time being, I suggest holding a smaller percentage of your main medium- to long-term portfolio with crypto, due to its volatility. Be prepared to “HODL” and keep focused on your long-term strategy, keep your emotions at bay and don’t allow fear to result in unnecessary losses.

“As with any market, crypto investors with a longer timeframe and diversified portfolio will see more consistent results”

If you have any questions or are seeking wealth management, drop me an email at: